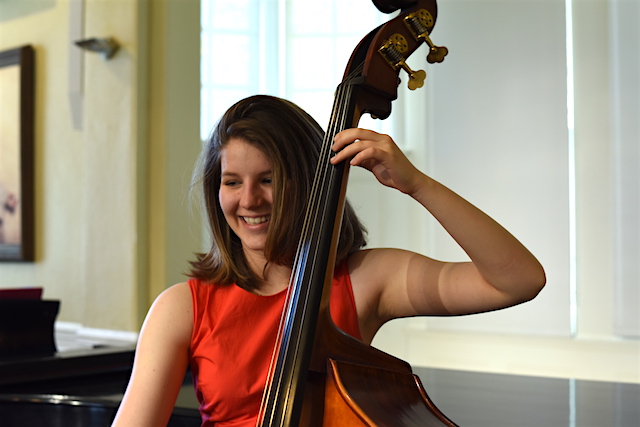 We talked with students and staff at three U.S. boarding arts schools and learned that these schools are a good fit especially for students who identify with one or more of the following:

High school students can apply and be accepted to start at a boarding arts school at the beginning of any school year. In fact, most of the students we talked with started in their sophomore or junior years.

Jason Hersom, Director of Admission and Financial Aid at Walnut Hill School for the Arts just outside of Boston, Massachusetts, says that “Attending school in a place where artists are celebrated, understood, and encouraged is extremely appealing to those students who may not have felt that support at their previous school.”

Every student we talked with was enthusiastic about the caliber of the faculty at their school. They were also impressed by their teachers’ commitment to helping them become proficient musicians as well as well-rounded, confident, and responsible adults.

Many students attend boarding arts high schools to prepare themselves for getting into a stand-alone or university-housed conservatory. But students say their schools provide much more, such as: resources they could not find at traditional high schools; strong academic training; 1:1 mentoring; extraordinary collaborative experiences; daily exposure to other arts; and the opportunity to live and learn in the same environment.

According to Kristy Callaway, former executive director of Arts School Network, other benefits to boarding arts students include “access –– to new faculty, guidance/college admissions experts, and master teachers” and the opportunity to be “challenged by a new dynamic of students at their ability level.”

What kind of student will benefit?

Jack Sherrell is a singer/songwriter and guitarist from Walla Walla, Washington. He started at Interlochen Arts Academy in Michigan as a sophomore, and says students who fare the best at his school are:

Other students add that embracing opportunities to learn about and experience not just music but other arts as well is necessary in order to thrive in a boarding arts high school environment.

Students and staff agree that academics are rigorous. Academic preparation is deemed essential whether or not students go on to apply to music schools for college. Students considering boarding arts high schools should therefore be prepared to work hard.

An increasing number of homeschoolers are discovering boarding arts high schools for their junior and/or senior years, says Kristy Callaway. They are finding the preparation a very useful segueway to a conservatory or college.

Valentina Plata majored in voice and piano at Idyllwild Arts Academy in the San Jacinto mountains of Southern California. She hails from Cancun, Mexico, and went to Idyllwild Arts as a sophomore because “I wanted improvement and guidance for what I was passionate about. I needed different cultures and perspective about life…I wanted a traditional boarding school that was liberal but at the same time safe and organized.”

Learning to juggle academics with the demands of being a music student often doesn’t happen until college. At boarding arts high schools, however, it’s a skill that’s learned early on. “Self-disciplined time management is something that all students learn in the first few weeks,” says Jack Sherrell. “Arts schools keep you very busy throughout your day, and time for homework and practicing has to be rigidly scheduled into your day.” He has found that his school’s structure allows him to get more done than when he had far more unscheduled time at a traditional high school.

Shangwen Liao, who graduated from Walnut Hill School for the Arts and went on to Julliard to continue his cello studies, agrees. “Reasonably scheduling our time,” he says, “is simultaneously the biggest benefit and the biggest challenge (in going to a boarding arts high school).”

Students who live in the general vicinity of boarding arts high schools may apply as day students. Annika Vlock-Drewitz, who attended Walnut Hill School for the Arts, is from Boston. Her interest was classical voice but her neighborhood school was focused on musical theatre. So she applied and got accepted to Walnut Hill as a day student. She received training in solfège, ear training, music theory, and diction. Piano was also part of her curriculum along with a weekly coaching session, where “you basically get a different perspective on what you have been learning with your teacher, and you focus more on the acting and communicating aspects of singing.”

Sam Zorn was a day student at Idyllwild Arts Academy. He found Idyllwild’s academics and music far more rigorous than any traditional high school in his hometown of Hemet, California, and chose Idyllwild for that reason. He thrived on the lessons, guided rehearsals, and professional gigs he got at his school, as well as exposure to genres of music in addition to jazz. He was also passionate about what he learned in science and math and the cutting edge technologies incorporated into those classes. While enjoying the close relationship he continued to have with his family, as a day student he had to work harder to feel like he was part of the Idyllwild community. His solution was to “maximize my time on campus by becoming as involved as possible.”

The sticker price for attending an arts boarding school is akin to attending a private conservatory or university. That said, all of the arts boarding high schools offer need-based assistance to support students without the means to attend. This also ensures an economically diverse student body. Of the three schools included in this article, only Idyllwild Arts Academy offers merit scholarships.

There are other costs, too. Some students mentioned being homesick, an experience that students attending their neighborhood high schools don’t encounter until they reach college. Others talked about missing out on holidays and regular visits with their families because of the time and expense involved, as well as missing their hometown friends, former classmates, and the the familiarity of their local schools.

Transitioning to residential life is another experience most teens don’t go through until they get to college. For the majority of students who go to boarding schools, it works. For some, it doesn’t.

What if you’re not sure you want to pursue music in college?

“Never assume you HAVE to pursue music just because you went to a pre-professional arts boarding high school,” says Kurt Clare, who attended Interlochen Arts Academy for his junior and senior years. “Many of my peers started academic degrees at some of the leading universities in the country!” Clare, who was admitted to four schools, chose University of Michigan for Vocal Performance.

Students who are drawn to going to a boarding arts high school are encouraged to attend a summer program there, if possible. Parents and students are also encouraged to visit the schools’ participating pages on MajoringInMusic.com to learn more about them; contact the schools to talk with administrators; and visit the schools to talk with teachers and students. Prospective students should ask to sit in on classes, take a lesson with a teacher, and audition to see if their current level of proficiency is acceptable. 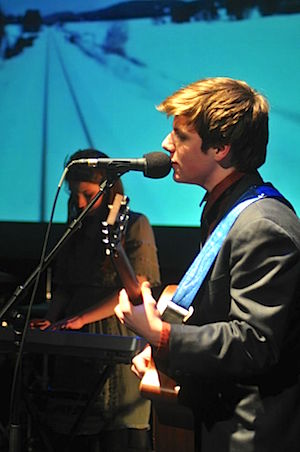 “My creative ability improved in writing lyrics and music, and my knowledge of theory and how the music industry works has increased exponentially.”

“The music faculty equipped me to handle the heavy schedule at Julliard through their assignments and instruction.”

“I went into auditions feeling confident in my process. I could step into a practice room before any audition and know what I needed to do in order to be warmed up properly and be in the right mindset to portray the emotions of my pieces.”

“Boarding life gave me a strong feeling of being part of this big family…where students, teachers, and staff gather all together because, and only because, we all have desire in arts.”

“I gained friendships all around the world and for a lifetime. Collaborating with other majors was one of my favorite projects to do. It opened my mind into other subjects I never would’ve imagined. I also learned that being yourself is the most important thing for an artist. Thanks to people I’ve met, I’m inspired to be the best version of myself.”

“You get tons of resources you normally wouldn’t get…Also, you’re surrounded by people who understand your passion and have goals that are similar to yours. You are all moving forward together, and it’s really cool.”

“The parts of my musicianship that improved the most are my technique, my understanding of music theory, and my familiarity with jazz music… I also gained a deeper love and appreciation for all types of music than I would have in a non-artistic community.”

Is an Arts High School a Good Fit for You? 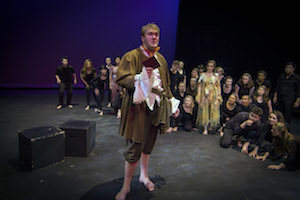