Building a Music Career… One Cookie at a Time 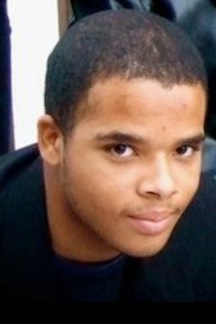 I’ve always been interested, and participated in, singing and performing. I was recently a high school senior with dreams and aspirations but no real support or way of achieving them because I come from a low-income family and I  know that things in life are not just handed to you. We all have to earn our share, and this is what taught me that only my hard work and tenacious attitude could get me where I wanted to head in life.

I made a decision that I was going to push myself and I did. AP courses, eight class periods, and college auditions on top of that. I competed and placed as the top baritone in the state of Washington and in the Northwest. <After applying and auditioning> I wasn’t sure where to go next, so I prayed about it and the next day got an email from the Oberlin Conservatory of Music. Not only had I been accepted into the school, but I had received a $10,000 renewable talent award that would be added to complete a full ride scholarship!

I was overjoyed, but then realized that I would certainly need to fly out to Oberlin to go to school. I was determined to stay on track and not give up, so I began thinking. I needed to get creative and I decided that I would do what seemed like the right thing:  reach out to the community.

I held a total of three bake sales where my family and I provided baked goods and asked for donations towards my ticket in return. At first this was a slow process but one evening, two firefighters approached my table.  They asked me to sing, so I did. To be honest, they didn’t seem shocked or surprised, but at least now believed that I could indeed sing. They bought a cookie and left. The next day, multiple news station crews came to the bake sale. Apparently, a large group of firefighters had called, insisting that they come out to hear me sing. I was not only humbled at the thought but I was a little nervous. I was interviewed and sang on TV, and the rest is history.

The most astonishing thing about this is that I did not expect such a wonderful response from the community, but I learned that hard work does pay off and that it’s important to be yourself and have a humble attitude towards life. To any other aspiring student considering music schools, my advice is to work really hard and stay focused. Focus less on the “today” and more on your future. Be sure to apply to FAFSA and to communicate with the schools you’re interested in, especially if you have financial need. The help is there but you have to reach out before anyone realizes you need support. Continue searching for scholarships because there are awards and grants for just about anyone for just about anything. I suggest you think outside the norm and get creative!

Bio: Anthony McCain is a freshman in voice performance at Oberlin Conservatory of Music. He was top high school baritone in his home state of Washington, a national finalist in the 2011 Classical Singer High School Competition, a member of the (NAfME) National Association for Music Education’s National Honor Choir, as well as a participant in All State Symphonic Choir, All State Jazz Choir, All Northwest Jazz Choir. McCain plans to keep his hometown community of Spokane, Washington updated about his progress, and will return to perform whenever he can. HIs goal is to sing and perform professionally.