How did two high school students from Colorado set themselves up to have their music heard by 700,000 listeners in a single day?

Emily grew up in a family of musicians. Both parents are members of the CSO, which in itself has provided both advantages and challenges. Emily worked hard to gain the role of concertmaster for the Denver Young Artists Orchestra, but she also proved herself to be a gifted violinist, as well as a strong academic student with many interests, at Kent Denver School.

Bryan started out on piano at age four but found the inner workings of the organ so fascinating that he started organ lessons at nine. He spent the summer between freshman and sophomore years of high school studying organ at Interlochen Summer Arts Camp, and became a student at the Interlochen Arts Academy for the remainder of high school. Bryan, now a student at Curtis Institute of Music, aspires to perform as well as to build organs, and has played almost 100 organs around the US in his role as a database contributor and photographer for the Organ Historical Society. He also managed to gain his Eagle Scout status in his “spare” time.

Listen to Bryan and Emily, both wise beyond their years, as they share their thoughts on the challenges musicians encounter at any age, including: auditions, performance anxiety, and balancing a heavy practice schedule with other commitments. 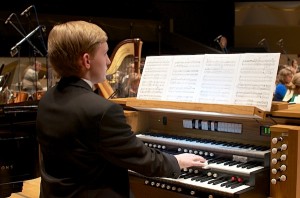 NPR’s “From the Top”

“From the Top” classical radio show is broadcast on 250 stations to over 700,000 listeners across the U.S. Hosted by acclaimed pianist, Christopher O’Riley, and taped before a live audience in locations all over the country, it combines performances and lively interviews with outstanding high school and middle school musicians.

But it doesn’t end there. Students selected to perform on “From the Top” also take part in a three-hour leadership seminar that “prepares young musicians across the country to be instruments of change in their communities.” As Gerald Slavet, co-CEO & executive producer, says: “‘From the Top’ recognizes that kids have the power to enrich others’ lives. They need to use their music, whether to lobby for music in the schools, to perform in nursing homes or community centers, etc.”

“From the Top” performers are also encouraged to apply for need-based scholarships provided in conjunction with the Jack Kent Cooke Foundation, for up to $10,000 each, to help defer the costs of studying classical music.

Applying to Perform on the Show

Tom Vignieri, music producer at “From the Top,” encourages strong classical students to not wait until “the second half of senior year” to apply to perform on the show. By then, it may be too late. Admissions are rolling, for students ages 8 – 18, and reapplying is highly encouraged.”It’s not a make or break kind of thing,” he says. “It’s not unusual for us to get to know a performer at a younger age and track them until we think they’re ready to come onto the show.”

The “From the Top” segment featuring Emily Switzer and Bryan Dunnewald as well as “From the Top” alum, Kolio Plachkov (French horn), now Associate Principal, Third horn, of the Colorado Symphony Orchestra, aired in February and March, 2013. 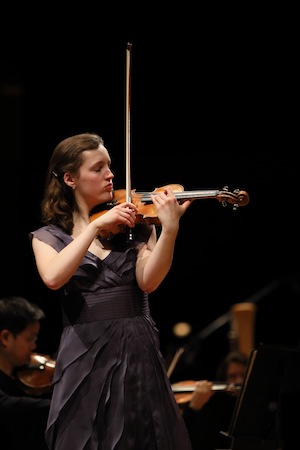