Careers in music production vary according to your creativity, education and training, hands-on experience, spirit of entrepreneurship, and connections.

Professional experience outside the classroom is essential for finding a job or creating your own studio. Most college programs in production-related fields provide hands-on training at campus and local area recording studios along with internships at large and small music and music tech companies. This is essential for anyone wanting to work in this field.

“Professional work within the safety net of college helps students build a professional track record,” says Dan Godfrey, chair of Northeastern University’s Department of Music. It helps “fine-tune students’ chosen paths before their first foray into the profession.” Northeastern students are set up with one to three co-op experiences lasting six months each to provide extensive hands-on experience.

Beyond the technical and musical skills, career success “also requires strong networking skills, tireless efforts to make yourself known to others in the field, being persistent without being annoying, and finding creative ways of solving problems facing others who can become your employer or client,” says Scott Metcalfe, Director of Recording Arts and Sciences at Peabody Conservatory of The Johns Hopkins University. “Most recording engineers have freelance careers that require strong communication and organization skills.”

Options for Careers in Music Production


A background in music production with business and entrepreneurship skills prepares graduates to create their own production studios.

• at existing studios
• with companies such as YouTube, Avid, Adobe, Apple
• in live performance and multimedia
• touring with musicians
• running music festivals
• working in audiovisual and headphone/microphone design
• as educators

Jobs are also available as:

We’d like to introduce students and recent alumni who share their best tips for current and future music production majors.

Area of emphasis in college: Recording and production

What I wish I’d known or done differently: In addition to the required final internship for my degree, I wish I had done at least one other summer internship while in school. A lot of my peers gained invaluable experiences at summer internships that helped them narrow down what they wanted to do after graduating.

In addition to the challenging coursework of my program, I also wish I had been more active in the non-music art scene and been involved with projects that collaborated with different departments.

Suggestions for future music production majors: Be as active as you can in the existing arts communities in your hometowns or surrounding areas. Begin to learn how to be a part of a creative community as well as how to communicate with a creative community.

Music background: Studied guitar from 6th grade through college. Minored in music as an undergrad.

Areas of emphasis: Recording and production

Suggestions for future music production majors: Read as much as you can about music production. You won’t retain all the information, but every little bit helps. And, if it is something you are really interested in, you will grow to enjoy the research more and more.

• Listen to as much music as possible. Consider the reasons why you like a particular song, or why you don’t like it. Go to live shows and listen to how a song sounds versus how it sounds on a record. Technical aspects of a piece of gear are easy to teach, but an appreciation for what sounds good on a recording is much harder to teach. Listening to as much music as possible will begin to hone your ear for what your desired product is.

• Never turn down an opportunity to learn or gain experience. There are many ways to learn other than just sitting in a classroom. Those who seek out those learning opportunities will go further in reaching their goals. You never know who will drop an opportunity in your lap that will be a stepping stone to something bigger and better in the future.

Suggestions for future music production majors: Find the college that targets your interests. Even if it’s a great school with a great reputation, if they don’t specialize in what you want to do, it won’t be the right school for you.

Pursing music or any of the arts as a career field is rarely a 9-5 day job with cushy benefits. However, the work that we do, in whatever special interest we choose to pursue, is so very rewarding because it reflects our hearts and our passions.

Suggestions for future music production majors: Don’t worry about how primitive your first recording setup may be. Learn everything you possibly can from that setup before you move on to something bigger.

Seek out opportunities to shadow people who know more than you. Learn from them. You’d be surprised how much you learn just by being there and helping out. That, along with practicing on your own and doing as much reading and listening as possible, will lead to a very well-rounded foundation for whatever your passion is.

Area of emphasis: Duel concentration in recording and production and marketing and promotion

Suggestions for future music production majors: Get involved in as much as possible! The more you put yourself out there, the more opportunities you will have to be a part of something really cool that you might love. You never know who you will meet who will have a useful connection down the line.

Don’t underestimate yourself or feel too intimidated. Everyone in school is there to learn, so put yourself out there! (It’s helpful to have) a background in music theory and performance when working to produce bands.

Previous: Worked at SiriusXM as part-time board operator for their talk radio division (October, 2015 – January, 2017). Recorded, edited, and mixed album for Latitude 49, a mixed chamber ensemble.

What I wish I’d known or done differently: I wish that I had tried and failed at more things. You’ll never really get the opportunity to fail and not have to pay enormous consequences anywhere other than college. You will have the greatest number of resources, facilities, and people willing to collaborate and help you while you’re in college.

• DON’T pursue any other area of study just for the sake of having a safety net. Unless you KNOW that you REALLY want to, I’d advise against double majoring. Stick with what makes you happy and what you love.

• DON’T get discouraged when, inevitably, out of college you have to work at that part-time job that doesn’t really pertain to your degree or that you don’t really like. The chance of getting to do exactly what you want, and especially right away, is extremely slim. Keep on! It takes a really long time to align all the details that will pave the way to the next thing. To that end, it’s all about the people you surround yourself with and how good you are to them, because they will remember you later.

• Along the way, if your convictions change (and they probably will!), it’s ok! Discovering that the specific place in the music industry that you sold yourself on in college isn’t actually for you may be a difficult realization at first, but on the whole, it’s a positive thing, and it’ll lead you to somewhere else in music that WILL make you happy.

Area of emphasis or interest: Recording and production

Suggestions for future music production majors: My own personal basic rules of success have helped me succeed in every place I’ve been in:

• Don’t talk out of your ass, don’t lie about anything, and just be nice in general.

• Apart from those three rules, just be hungry and be prepared for competition. As long as you remember that luck is just preparation meeting opportunity, you’ll be fine.

• If fast-paced is something you crave, then the live (sound) world is somewhere you need to be.

What I wish I’d known or done differently: I wish I had been less worried about attending things by myself in my earlier college years. Lately I’ve been going to whatever interests me, even when none of my friends are available or interested, and it has been really wonderful.

Suggestions for future music production majors: Google everything. There is so much information available online, and all you really need to get started is a computer with some sort of DAW (digital audio workstation).

Thanks to students and graduates of these schools for their support:

University of Michigan School of Music, Theatre and Dance 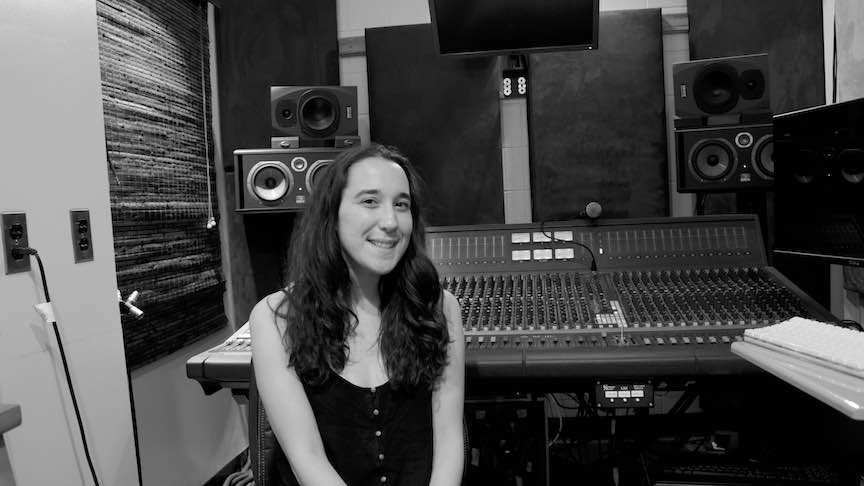 Seek out opportunities to shadow people who know more than you.

Drew Vandenberg, ’08, Indiana University Jacobs School of Music, BS, Recording Arts
The more you put yourself out there, the more opportunities you will have to be a part of something really cool that you might love. You never know who you will meet who will have a useful connection down the line.
Nikki Grande, ’18, Appalachian State University Hayes School of Music, BS, Music Industry Studies, minor in General Business 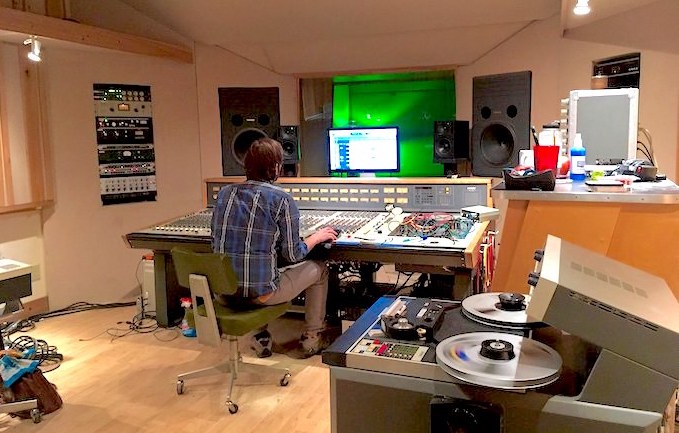 I wish that I had tried and failed at more things. You’ll never really get the opportunity to fail and not have to pay enormous consequences anywhere other than college.
Peter Leonard, ’15, University of Michigan School of Music, Theatre and Dance, BS, Sound Engineering
As long as you remember that luck is just preparation meeting opportunity, you’ll be fine.
Joey Diehl, ’15, Appalachian State University Hayes School of Music, BS, Music Industry Studies

U. of Colorado-Boulder College of Music – Bachelor of Arts-Music with Emphasis in Music Technology & Media Studies

U. of Toronto – Music Technology and Digital Media (master’s degree, music technology with performance and/or composition)