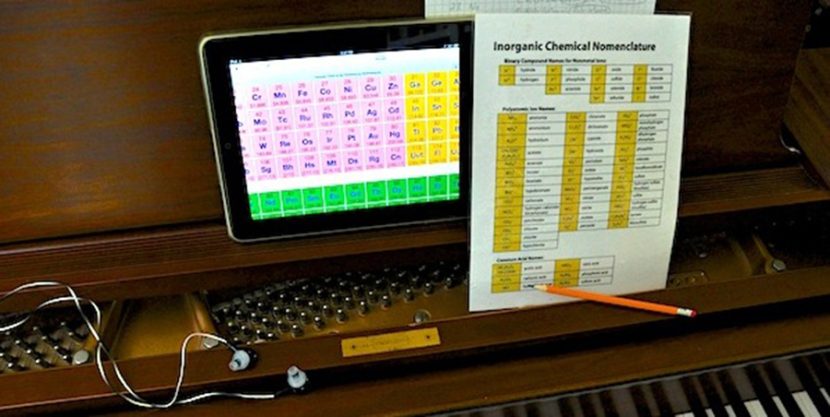 Dual degrees, double majors, and music minors…What do these really mean? And what do they entail?

For many high school music students, majoring in music, by itself, feels limiting. A passion for multiple fields or pressure from advisors and parents can make you pause before deciding to go solely for that Bachelor of Music degree. Fortunately, many music schools now offer programs that allow students to pursue more than one degree – at the same time.

As she started her college search, Janice Li looked into programs that offered opportunities to study multiple fields and found that Northwestern University Bienen School of Music gives undergraduate students the opportunity to earn two separate degrees in five years. This dual-degree program offers a Bachelor of Music or Bachelor of Arts in Music alongside a degree from the Weinberg College of Arts and Sciences, the McCormick School of Engineering and Applied Science, or the Medill School of Journalism.

Music has been important to Li her whole life. The daughter of a violinist, Li began playing piano at a young age. At her high school in Santa Monica, she was able to keep up with piano even while pursuing other activities. However, when it came time to start making decisions about college, Li wasn’t ready to commit to just studying piano.

Currently in her fifth and last year, Li has been studying both music and psychology, and believes that she made a good choice. “There are times I’ve thought, maybe my life could be easier with just one [degree], but I have to say, after four years, I made the right decision.”

Lawrence University and Oberlin College pride themselves on being on the forefront of offering double degrees over the course of many years. At Lawrence’s Conservatory of Music, half the students also enroll in the BA/BM program that “allows you to immerse yourself in music and at least one other field of study at a very high level.” This 5-year program provides a strong background in both music and another area students are passionate about.

At Oberlin, students accepted to the College of Arts and Sciences and the Conservatory get to dive into music plus a liberal arts field. All students are also invited to participate in the Creativity & Leadership Project, an entrepreneurship program that encourages and mentors them to implement their own ideas and projects.

As another example, the University of Redlands Conservatory of Music recently developed a double-degree program, where students can earn a BM and a BA or BS in five years. Along with getting a liberal arts education, double-degree students also have the opportunity to study abroad even with a full curriculum.

“It is a very flexible opportunity for students who also want to do science or math or government or theater,” says Brad Andrews, director of music admissions. The most common double degrees, he says, are music and business or biology.

At Syracuse University’s Setnor School of Music, most students cannot double major within one’s own college (there are some exceptions, such as music education), but pairing a BA in Music with a non-music field can make a student more well-rounded when he or she graduates.

“I’ve talked to a lot of students who are nervous about going into the world with just a degree in music, or their parents are nervous,” says Amy Mertz, former assistant director for admissions and community programs at Setnor. The double major eases some of that worry.

At the University of Southern California’s Thornton School of Music, students who choose to double major must apply and be admitted separately to each major. “Once admitted, they work with their two academic advisors (one in each major) on crafting a course plan that makes sense given the specific combination of programs,” says Phillip Placenti, assistant dean for admission and student affairs.

The Aaron Copland School of Music, Queens College allows students to double major in music performance and music education, or double major in music and other fields including math and science. However, scheduling classes in two distinct majors may result in conflicts that require an additional semester or two before a student can graduate.

Grace Prestamo is a student at Queens who will be staying on for a fifth year. A double major in piano and math, Prestamo is also in the Macaulay Honors Program, which adds additional requirements to her already intensive courseload. Although she wanted to complete her degree in four years, many factors, such as tendonitis and other health issues from being overworked, have prevented her from doing so. With her fifth-year tuition covered by the honors program, she is happy with her decision to take extra time.

“It really takes being sure of what you want to do, because otherwise, with the workload, you wonder if it’s worth it,” says Prestamo. “It’s not just dedication. It’s knowing yourself and knowing that’s actually what you want.”

Minoring in music or playing with an ensemble are great alternatives for students who want to stay involved in music, but choose to major in another field.

USC’s Thornton School of Music offers several minors for non-music majors. Music Industry and Music Recording are popular minors for those with little music experience, while Jazz Studies, Songwriting, and Musical Theatre are suited for those who already have experience.

According to Placenti, the number of non-music majors pursuing minors and elective courses has increased over the years. “We are always trying to think of new ways to engage the larger campus community,” he says,

At University of Hartford’s The Hartt School, a minor in music is open to all non-Hartt students. These students must have an area of performance experience and take the required theory, ear training, music history, and elective courses.

Most schools also allow non-music majors to perform in ensembles or take music lessons. So if you want to study piano with a private teacher or play violin in an orchestra while majoring in engineering or business, make sure that the college you’re interested in has these opportunities.

“The ensemble opportunities are there for every student on campus, not just music students,” says Andrews at the University of Redlands. “We encourage everybody to participate.”

Why study more than just music?

“The music profession is incredibly multifaceted and it is always changing,” says Phillip Placenti at USC. “Developing one’s musical skills is of course of utmost importance, but developing other skills, talents and interests is also very important because of how they will both enhance artistic development and help a young music professional to be more prepared for the ever-changing professional landscape.”

What if I start off majoring in music but want to switch after a semester?

Brad Andrews at Redlands suggests taking the time to research schools to make sure switching majors isn’t too complicated. Most liberal arts schools allow easy transition between majors in the first year, but check with advisors at the schools you’re interested in.

Should I still audition if I’m not 100% committed to majoring in music?

“Yes, yes, a thousand times yes!” says Amy Mertz at Syracuse. If music is at all a top consideration, make sure to get an audition on file so you’re not scrambling at the last minute if you do decide to major in music. It’s also easier to start off in music as a freshman than later on.

What if the stress is getting hard to handle?

Janice Li co-founded Northwestern’s Association for Music Dual Degree Students, which acts as an extra support system for students in the program. If you find yourself needing support or advice, check out organizations designed for students in intensive programs. Also, don’t be ashamed of taking that extra year to complete your degree if you feel overworked.

What about financial aid and scholarships?

\Will any financial aid or merit awards you receive extend beyond four years if it takes you longer to get your bachelor’s degree? Check financial aid policies at any of the schools you’re interested in, as well as scholarships from any outside sources, before taking on a double- or dual-degree program.

Example: National Merit Scholarships for undergraduates are renewable annually for four years only. In addition, if a National Merit scholar enrolls in a five-year bachelor’s/master’s program, the merit scholarship will only be given for the years the student is considered an undergrad.

Will I have to give up other things if I go for a dual degree or double major?

Like many music students, you may have to sacrifice some of your social life or ability to join clubs, etc., in order to fit practice, lessons, and performances into your schedule. With additional coursework, you may have to spend even more time studying. Grace Prestamo at Queens doesn’t have as much time for hanging out with friends or relaxing, but tries to be efficient with her schedule by planning everything down to the minute. Time management is key.

A 5-year study on double majors released in March, 2013 by the Curb Center for Art, Enterprise and Public Policy at Vanderbilt University, includes these interesting findings: