My name is Jennie Dorris, and I’m a musician AND a writer.

It used to feel like a confession. Since I was young I’ve liked both arts, but I’ve always gotten criticized for trying to excel at two disciplines. I’ve heard time and time again that some day I’ll have to focus on one or the other, and I’ve heard outright from several professors (while I was working on dual degrees) that I “can’t have it all.”

I decided to ignore them and try to have it all, and I’ve been working professionally as an interdisciplinary artist for almost six years now. And here’s the secret: Being a dual artist is the very reason I’ve been successful in my career.

Combining Passions in Music and Writing

I started out by managing my disciplines separately — I wrote a column for a Boulder, Colorado daily newspaper while I got my master’s degree at the University of Colorado Boulder College of Music. My first year out of school I worked part-time writing at the paper, and used the rest of my time to prepare for weekly recitals. (I lucked into a situation where performing once a week paid for my rent.)

However, after one year of living this perfectly balanced lifestyle, it all fell apart. The newspaper went under, and my living situation became more complicated then just playing a recital for my rent. (Note: Get these agreements in writing!) I was scrambling looking for a place to live and trying to buy groceries from a tiny unemployment check. So when I was offered a job at a music festival in upstate New York, I threw most of my possessions in my car and spent the summer in the woods.

You can do a lot of thinking when you don’t have cell phone service or email access. When I returned to Boulder (where I thankfully had found roommates), I was determined to start combining my passions. I started a live concert series called Telling Stories. We performed a mix of original essays and classical chamber music once a month in a coffee shop. And things took off. Music critics came to review us. The Denver local paper Westword gave us a “Best of Denver” award. And we outgrew our venues, moving to breweries, art galleries, and cafes.

While Telling Stories was growing, I still had to manage my careers separately. I wrote freelance articles during the day and drove to orchestra rehearsals at night. But I also started getting hired as an interdisciplinary artist; teachers liked to work with me because I could integrate two arts into their curriculum.

Telling Stories then got picked up by Colorado Public Radio and turned into a radio show, and as its profile grew, I finally felt proud to be a person who could excel in two areas. And that lead me to greater focus in each discipline. In music, I branded myself as a soloist and chamber musician. With writing, I hung up my reporting hat and focused on essay writing and fiction.

Now, most of my work is as an interdisciplinary artist. And the field is growing rapidly. Cross-disciplinary studies are booming in colleges. I’ve discovered that cultivating two disciplines doesn’t mean I’m trapped in the “jack of all trades, master of none” stereotype; it actually means that in this artistic climate, I can have it all. 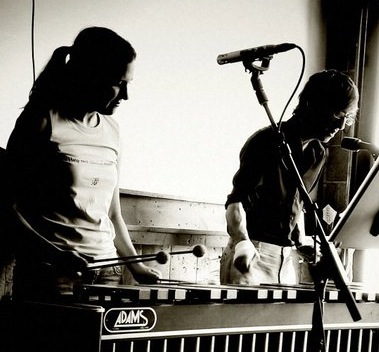 Jennie Dorris is a writer and musician living in Pittsburgh, PA. She earned degrees in journalism and music from Drake University and received her master’s degree in music at the University of Colorado Boulder College of Music. She currently works with the Music Entrepreneurship program at Carnegie Mellon University, as a teaching artist with the Pittsburgh Symphony, and as a percussionist with Alia Musica.