In recent years, many graduates of music conservatories have found that excellent instrumental or voice training alone is not sufficient career preparation for 21st-century musicians. Fewer available orchestral jobs and a larger pool of highly-trained performers prepared to take them is a reality. Dwindling classical and jazz audiences add to the challenges musicians face.

Although no two music conservatories are alike, many have been discovering the same thing: the needs of 21st-century musicians are different than those of previous generations. These institutions are hard at work to meet the challenges.

Harold Abeles, co-director of the Center for Arts Education Research and professor of Music and Music Education at Columbia University Teachers College, encourages students to seek out opportunities in addition to performing. No matter how successful you’ve been in high school, he says, it’s a myth that a career as a performer is ready and waiting for you once you get your degree.

So what are music conservatories doing for their students to facilitate a greater chance of success?

1. They’re taking a close look at core curricula and making changes to strengthen students’ chances of working in music when they graduate – while maintaining the very high level of technical and musical mastery for which they’re known.

2. They’re finding new ways to address student career interests by adding new majors. San Francisco Conservatory of Music now offers a Technology and Applied Composition major for “a new generation of composers who are equally at home in the realm of concert music, film and video game scoring, and sound design.” Manhattan School of Music is adding a musical theatre major, while Eastman School of Music is adding a master’s degree in Jazz Studies and Contemporary Media, Digital Media Composition – to prepare students to write for film, video games, and new media.

3. Students are being introduced to new ways of relating to and understanding their audiences. “They have to create their audiences,” says David Van Zandt, president of The New School.

4. The kinds of opportunities “which used to be offered around the edges of a conservatory education, as optional add-ons, are now moving into the core curriculum and being integrated into a more holistic conservatory experience,” says Townsend Plant, associate dean for enrollment and student life at The Peabody Conservatory.

5. Students are learning to be flexible in their approach to where they perform. According to Deborah Kelleher, director of the Royal Irish Academy of Music, “In simple terms, these (traditional) venues are no longer where most people access music performance. We need to understand the audience and where it wants to have its experience.”

6.  Collaborative projects with non-music students in venues outside the traditional concert halls are encouraged. For example, students at the 100-year-old Mannes School of Music collaborate with the two other components of the The New School’s College of Performing Arts – the School of Jazz and The School of Drama. Music students are also working in conjunction with New School’s Parsons School of Design, Eugene Lang College of Liberal Arts, and the social action-based Schools of Public Engagement to create innovative performances.

7. Music conservatories are taking a wider, more holistic approach to education than in the past. At the Royal Irish Academy of Music, for example, “RIAM Holistic” provides performance psychology coaching, Feldenkrais education to reduce pain and movement limitations, and yoga training “to ensure that the mind and body are also fit and ready for the profession,” says Kelleher.

8. Entrepreneurial skills training is giving students the tools needed to create and build their careers. Marketing, audience engagement, donor engagement, outreach, public speaking, media interface, website development, digital portfolios, résumé preparation, and grant writing are typically included. At some schools, students are also learning to adopt an entrepreneurial mindset described by Astrid Baumgardner, arts coach and coordinator of Career Strategies at Yale School of Music, as including “risk-taking, resilience, and the ability to spot and take advantage of opportunities.”

9. Funding to support students’ creative efforts is expanding. For example, at Peabody Conservatory, the Dean’s Incentive Grants fund “innovative student projects.” At Oberlin Conservatory, students can apply for financial support via competitive grants “to implement their entrepreneurial ideas and explore their intellectual and artistic passions.”

Despite these innovations, it’s still up to conservatory students, like all music majors, to find the classes, mentors, and experiences they will need to help them meet their career goals. And while entrepreneurship training is more available now than ever before, learning to work from an entrepreneurial mindset is less defined and often neglected despite its importance for self-starting a career.

Are you a good fit for a music conservatory?

Students drawn to studying at a music conservatory tend to be:

As Joe Bennett, vice-president for Academic Affairs and Dean of Boston Conservatory at Berklee, says: “There are many thousands of hours of learning in a conservatory education, and it is this devotion to the craft and art that will help our students to succeed – to perform and create at the highest artistic level.”

What can you do to prepare to apply and audition?

1. Start early! Many conservatory students are already serious about practicing and performing by middle school.

2. Find a good teacher who has experience helping students prepare for college-level music as well as auditions.

Cathy Partlow Strauss, director of Communications at Oberlin Conservatory recommends “teachers who address issues of technique, musicianship, and expressiveness; those who provide guidance and leads to resources for enhancing experiences outside the teaching studio.”

3. Find opportunities to perform solo as well as with youth symphonies, choirs, and ensembles.

4. Take summer music programs where you can find excellent mentors, students of similar proficiency to perform with, and opportunities to explore areas of music you haven’t had time for during the school year. Many of these are offered by schools where you may want to apply.

5. Investigate other musical genres and contexts outside your norm and comfort zone to inform your music and your sense of possibility in music. At Boston Conservatory, Joe Bennett says, “We like to see musical breadth – evidence of curricular and extra-curricular music activity, including community groups, youth orchestras, bands and small ensembles. And our recent merger with the Berklee College of Music means we are starting to welcome more applicants who have musical experience beyond the ‘classical’ repertoire, including digital music-making, popular musics, music of other cultures and music with other media, such as dance, theater, moving image or via the internet.”

6. Work with your teacher to select the right repertoire. Make sure:

7. Townsend Plant at Peabody reminds students that “what music school faculty are really looking for are students who love to perform. And that is demonstrated by making music – paying attention to phrasing, dynamics, and all of the things that go into a communicative performance.”

8. “Most of all, practice and follow your passion. Dig deeper into other works written by composers you are studying. Listen to as much music as you can—both recordings and live concerts in the genre you wish to pursue in your studies, as well as music outside of that sphere,” says Partlow Strauss at Oberlin.

What are alumni doing now?

Matthew Lowy, B.M., Composition, Boston Conservatory at Berklee (’15), chose a conservatory “for the intense work environment and full immersion in music.” His interest in musical theatre led him to explore opportunities to accompany and direct productions while getting his degree. He now freelances as an accompanist and music director at a middle school; arranges and composes; is assistant music director of the summer conservatory at Paper Mill Playhouse in New Jersey; and tours as a keyboardist (“Dr. Seuss’ How the Grinch Stole Christmas” national tour, 2015; “My Fair Lady,” China tour, 2016).

Jennifer Nicole Campbell, B.M., Piano Performance (’14); M.M. Piano Performance (’15), Peabody Conservatory, is a soloist with symphonies in Pennsylvania and Delaware. She’s also an active composer with several commissions to her credit. Campbell teaches at two community music schools; runs a private piano studio; and has been serving as Artist-in-Residence at Delaware County Symphony. As a musical entrepreneur, Campbell also sells the sheet music for her chamber, choral, vocal and solo piano compositions and arrangements. “I starting realizing that you really have to work hard to promote yourself in addition to practicing and networking,” she says.

Scott Miller II, B.M., Composition, SUNY Fredonia (’13); M.M. Composition and M.M. Music Theory Pedagogy (’15), Peabody Conservatory, is a composer, educator and bassist. He composes; substitute teaches at Peabody Preparatory; is a private music theory tutor; and works as the archives assistant at Arthur Friedhelm Music Library. He’s also been selected to be a 2016 Fellow at the Aspen Music Festival and School in Composition Studies.

Gabe Pollack, B.M., Jazz Entrepreneurship, Oberlin Conservatory, created his own major that set him up well to direct the Bop Stop, voted as Cleveland’s best jazz club in 2015. In addition to booking and producing all of its events, he teaches trumpet technique and improvisation and performs with a big band, quintet, and at weddings, church gigs, and private parties.

Bryan Hayslett, B.M., The Hartt School; Graduate Performance Diploma (’15) and M.M. (’13), Cello Performance, Boston Conservatory, is taking doctoral-level classes at NYU. He also performs contemporary music as a dancing cellist; is an adjunct cello teacher at NYU; teaches private lessons; freelances; and tutors students in GRE prep. His goal? “More of the same! I want to teach at a university, but because there are so few of those positions, I plan to freelance while applying for jobs,” he says.

It’s still up to conservatory students, like all music majors, to find the classes, mentors, and experiences they will need to help them meet their career goals. And while entrepreneurship training is more available now than ever before, learning to work from an entrepreneurial mindset is less defined and often neglected despite its importance for self-starting a career.

For alumni who missed out…

Anyone who graduated from a conservatory more than a few years ago probably did not have the opportunities and training this article talks about. So what can you do?

1. Check with the conservatory you graduated from. See what they’re offering and see if you can attend. Peabody Conservatory, for instance, invites alumni to use its Music Entrepreneurship and Career Center, where grads can attend career seminars, search for jobs, and look for career development grants. With Boston Conservatory’s merger with Berklee College of Music, it’s likely that courses will be added to the existing Berklee Online program that will also serve alumni.

2. Look for classes, seminars, and programs offered by other schools, performing artists, business programs, etc. that can help fill the gaps in your education.

3. If pedagogical skills are what you need, look for graduate programs including newer ones for Teaching Artists. If beefing up your performance chops are needed, check out graduate school programs as well as the shorter artist certificate and diploma programs offered by many conservatories and other music schools. 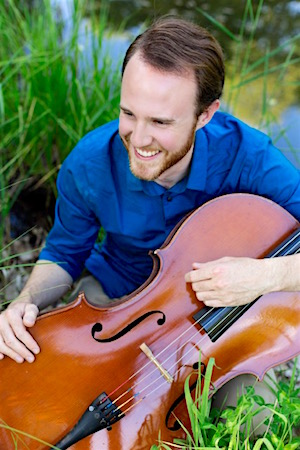 “Even as recently as 5-10 years ago, the perception may still have been there that everyone would end up in an orchestra, on the concert stage or in the opera house. We need to understand the audience and where it wants to have its experience. And then we need to inspire them on those terms where it is right for the artist.”

“Entrepreneurial musicians don’t wait for job openings to appear. They make opportunities by forming broad artistic visions, expanding their skills, and generating demand for their work.”

– Greg Sandow, writer, teacher, and consultant. His focus has been the future of classical music and how conservatories and other music schools can prepare students for music careers in the 21st century. 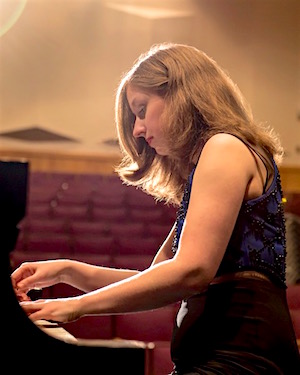