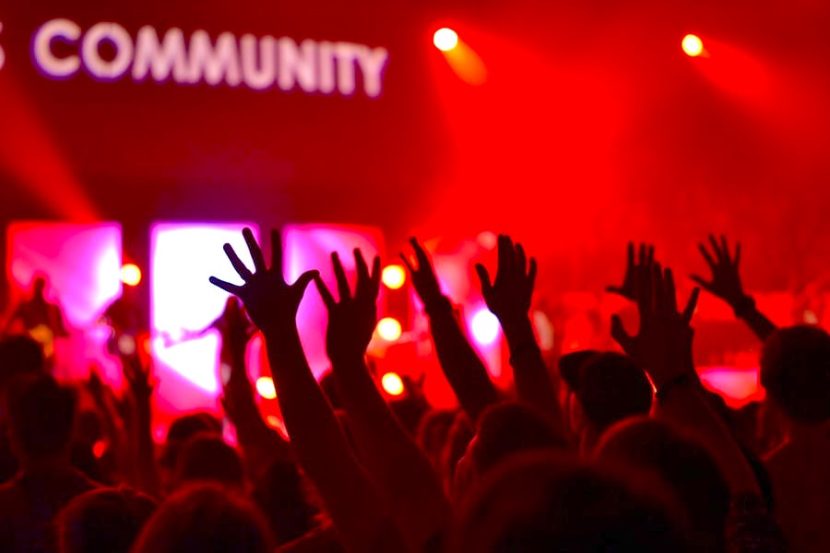 Networking skills for musicians are essential. This is something we hear about for achieving success in our field. But networking is frequently misunderstood. It’s often associated with being “salesy,” awkward, or something that requires us to be super outgoing. Rarely are we given actual instructions about how to acquire good networking skills.

Dictionaries tell us that networking is the exchange of information or services for the purpose of cultivating relationships that will be useful to you in your work.

The main point of networking is not to get people to hire or collaborate with you the moment you meet them. Unless you come highly recommended by someone they trust, it’s unlikely to happen. Successful networkers remember the long game of building relationships so that people will get to know and trust them.

Where does networking take place?

Networking can happen anywhere you meet someone you’d like to form a connection with. Conferences, for example, offer many events and activities intended to connect people with one another. Fundraisers and other activities supporting the arts are also settings where networking often occurs.

Gigs, concerts, shows you attend – any event in our industry is a potential networking situation. You never know who you’re going to meet. So it’s important to know how certain tactics can help you create connections that will help you in your career in the short- and long-term.

Networking skills can be learned and practiced just you would learn a new instrument or other skill. By learning these skills, you will become more comfortable and help set yourself apart when it comes to building the important relationships you will need in the music world.

In our culture today, being an attentive, thoughtful listener is often underrated. It’s easy to forget how powerful and memorable a good listener really is. Attachment to our phones and devices often leads us to become accustomed to people being distracted while we talk with them.

If you’re able to be an active listener, you will make a definite impression on someone. In some ways, this can be more powerful than what you actually say to them. So put your phone away, don’t look around the room, and make sure to maintain eye contact with whoever you’re listening to.

Show them you are genuinely interested in hearing what they have to say. You can still be attentive and sincere when listening even if you don’t love the topic they’re talking about. This is the first step for them to start trusting you and truly be interested in getting to know you further.

2. Talking about yourself and/or your project

The #1 thing I hear from people who are apprehensive about networking is, “I don’t want to feel braggy!” The good news is that you don’t have to be “braggy” at all. You’re far more effective if you are authentic and genuine. By preparing ahead of time, you can decide what language or tone feels sincere to you.

Prepare a few sentences about yourself so that you’re comfortable, confident, and not caught off guard in networking situations. Remember that you want people to remember you. This means you want to pique their interest so they ask you more questions and keep the conversation going.

Start by including the basics – name, instrument, project title – and then add a few specific things describing you or your project that may be intriguing. For example, you could say, “I’m a cellist who plays all different types of genres.” OR you could say, “I’m a classically trained cellist, and after spending a semester studying in Spain, I’ve been very inspired by Flamenco music. I’ve found ways to fuse those traditions with my classical playing in a series of songs called…” The latter example leaves the listener wanting to know more, a great entry point into a longer conversation.

Spend time working on these few sentences. Practice them, rehearse them, and ask people you trust for feedback.

It’s also important to take into account who you’re talking to and why you’d like to make a connection with them.

If you’re speaking to potential collaborators, you’ll want to highlight the performing aspects of your career. Share about a recent project or performance, or something upcoming on your calendar.

If you’re speaking to potential donors, you’ll want to speak about the impact you’re making with your project. Be sure to mention what you’ve done in addition to your plans for the future. This will help a potential donor get a sense of your track record and exactly what a donation would help support.

For example, if you’re involved with an organization that brings concerts to schools you could say, “We have performed concerts in over 50 underfunded schools this past year and plan on expanding that to 75 for the next year.” Or, if you have a performance project that provides composers with opportunities you might say, “I am commissioning works from lesser known Japanese composers and giving them an opportunity for their work to be premiered in the US for the first time.” This makes it clear who the donor would be helping and impacting.

People LOVE to talk about themselves so be ready to ask your own questions. This is also a great tactic to use if there is a lull in the conversation. Spend time memorizing a few questions that are easy to ask musicians and others you will benefit from networking with so you have a toolkit to draw from in the moment.

Some great questions to start with include: “What’s coming up next for you?” This gives the person a chance to speak about something they want to talk about and also a chance for you to learn about how a connection with them could benefit you and/or them. Another great question: “What was your favorite part of this show/concert/event?” Establishing common ground can easily open the door to further conversation.

If you’re interested in continuing the connection, be sure to exchange contact info so both of you have ways to stay in touch. Networking is a two-way street, so you want the person you’ve been talking with to be able to reach you just as much as you want to be able to reach them. Business cards are always helpful in this situation but you can also simply exchange e-mail addresses or find each other on social media.

If it’s an especially important connection, follow up with an email or message letting them know you enjoyed meeting them. Reference something you discussed as a way to continue the conversation and show your genuine interest. It’s helpful to do this sooner rather than later so you can both keep track of your conversation and keep the momentum going.

Violinist Sarah Whitney is a performer, teacher, musicians’ coach, and founding member of the acclaimed string quintet Sybarite5. She holds degrees from University of Michigan School of Music, Theatre, and Dance and the Cleveland Institute of Music.