Not Accepted to Music School – Now What? 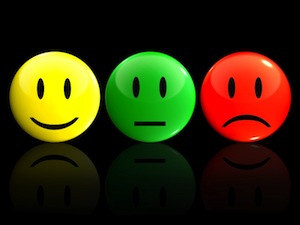 I can’t tell you with any certainty why you were not accepted to a particular music school. A lot of times, even the schools themselves can’t tell you why they made their decisions (this is often for legal reasons). Having spent some time as the Interim Admissions Coordinator for the Carnegie Mellon School of Music, what I can offer are a few thoughts to consider about application decisions.

1. First, there is this weird inexplicable thing that music schools talk about called “fit”, as in, “You just aren’t the right fit with our school.” This is not a cop-out, even though it may feel that way. Certain music programs subscribe to certain schools of thought. Teachers have specific methods of instruction (did you know there are two different schools of harp performance?), and sometimes the methods they employ aren’t suited for you and your skills.

Maybe you want to be a singer/songwriter, and the program focuses more on classical repertoire. Perhaps the trumpet teacher knows you are applying to another school, and that you would grow so much more if you were in the studio of the trumpet teacher there. Sometimes there isn’t a strong interpersonal connection between teacher and student at the audition. It’s not that you’re not good enough, it’s just a personality thing.

We all know that forcing a square peg into a round hole doesn’t get you very far. It’s important to trust that the professors reading your application and hearing your audition are making their decisions in your best interest, whether you can see it or not. Chances are, they, as professional musicians, are hearing things and understanding things about you as a growing musician that you may not even be aware of yet. People want you to succeed, and sometimes certain schools don’t put you in the best place for that. Thus, it’s not the right fit.

2. A lot of music programs fill their studios based on the number of spaces they have available. For instance, if the cello studio capacity is 20 students and four musicians graduated last year, then there are four spaces available to fill. If you are sixth on the list, you probably won’t get an offer. However, next year, six people may graduate. If you audition again and you are still sixth on the list, you have a better chance of being accepted. It’s entirely possible that you are talented enough to attend this school, but the numbers game just didn’t align for you this year. This is arguably a more frustrating concept than the idea of “fit,” but it’s just something we have to come to terms with.

If you had your heart set on a particular school, and if there is nowhere else in the world you can stand to be for the next four years, all hope is not lost. If you are in a position where you can still attend that school (as a non-music major) and perhaps apply to the music school for your sophomore year, consider doing that. You’ll have an extra year of practice, you can form relationships with faculty, and the numbers game may play out for you. Also consider contacting someone who heard your audition and ask them what you can do to prepare more effectively for the future. They may not be able to tell you exactly why your audition didn’t turn out the way you had hoped, but your efforts to continue to learn and become a better musician will reflect positively on you.

Not being accepted is still hard to hear and come to terms with. What may become clearer over time is that there was a reason for it that will actually serve you and your music. While it may not make sense now, perspective often comes further down the road.

Katherine Pukinskis is currently working on a PhD in Music Composition at the University of Chicago, with a minor in ethnomusicology, basing her work in the Latvian choral tradition and its connections to cultural and national identity. Her Bachelor’s and Master’s degrees in composition are from Carnegie Mellon University, and her works have been featured throughout the U.S. and UK.