Playing Music on Cruise Ships: Know Before You Go

1. How musically proficient do musicians on cruise ships need to be?

Lounge musicians should have a large repertoire of recognizable and appropriate music. Each lounge act is its own entity. And cruise lines have pretty specific ideas as to what they’re looking for. For example, they may want a solo guitarist to play guitar and sing, or a jazz quartet that includes a singer (which is almost always the case). That said, I would never tell a band not to send in for a job. You just might be what they want!

2. What have you found to be the best way to go about finding a job performing on a cruise ship?

The easiest way I found is to go through an agency. They generally work with several cruise lines and have quickly found me work.

I stay in constant contact with my agent. Agents will let you know about flight details and other important things you need to know.

Once on board the ship, my direct manager is the Bandmaster who is in charge of all the musicians on the ship. This is typically a musician in the orchestra who creates the daily schedule for all the ship’s musicians. The cruise director is in charge of the entire entertainment department.

4. What’s a typical day like on board the ship?

As an orchestra musician, I generally have a rehearsal and/or tech run sometime during the day. The time varies depending on when the performance theater is available. These are either for a production show with the cast or with a guest entertainer. Generally you won’t see the music before this rehearsal.

On days when the orchestra isn’t needed in the theater, we usually play one to four lounge sets – either big band or jazz.

5. In addition to playing music, what are you required to do?

There is one mandatory emergency drill with passengers on each cruise. Crew members are given duties to perform during this drill. This can include crowd management, life jacket demonstration, announcements, etc. There are also emergency drills required of just the crew.

6. Where do you store your instrument? Do you have access to it when you’re not performing?

If you’ve brought your own instrument, you are responsible for it. I’ve seen some ships with safe places to store instruments backstage, but this is not the norm. Musicians generally have to store their personal equipment in their cabins, which are small!

If you have your own instrument you always have access to it. Most musicians are also able to find a place to practice (harder for drummers due to the noise factor).

7.  What can you do to make the most out of each cruise?

It’s a good idea to create a list of two or three (realistic) goals and schedule your personal time around them. I’ve heard people who want to save money, practice, see as many new places as possible, make new friends from as many countries as possible, etc. Several of these are possible but having too many goals can be a problem.

8. What essentials will cruise musicians need to bring with them and keep handy?

9. What’s the best way for a musician to pack for a cruise gig?

Don’t bring too much stuff!

I mention this for two reasons. First, there is very limited space in your cabin and you will most likely be sharing it with another person. Second, you will be traveling alone and likely end up in a foreign country pushing your way through an unfamiliar airport trying to figure out how to get to your hotel. You will also be carrying your luggage through small hallways on the ship when you get there. Make sure you can carry all of your luggage by yourself!

Even though you may be away from home for six months at a stretch, don’t worry –– there are laundry and dry cleaning services on the ship.

For more information on packing see How I packed for a two-month Alaska cruise.

10. Which instruments will the ship have on board? And how’s the quality?

The only instruments I’ve ever seen provided are drumsets with hardware (no cymbals), pianos, and keyboards. The quality is decent. If these need repairs or parts, you can talk to the Bandmaster to see how the problem can be fixed.

The majority of musicians I’ve met have been in their 20’s or 30’s, but there’s always a range of ages.

12. What kind of non-compete policies have you had to work with?

The only non-compete I’ve seen is with my agency.

13. What if you were to get sick on board the ship? What do you do about health care and health insurance?

14. Any final words of wisdom?

Take a camera and have fun!

Cameron Hicks received his BFA in Jazz Studies from California Institute of the Arts (CalArts) in 2012. He is a drummer and composer who performs, tours, and teaches professionally. 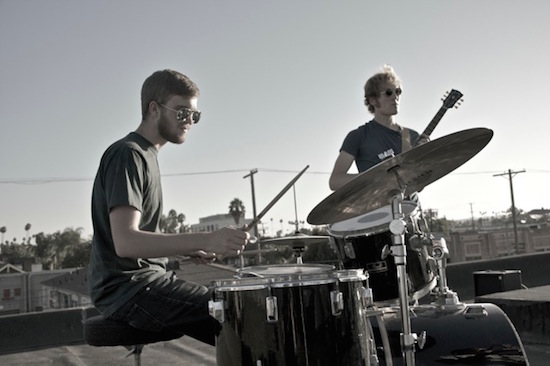