Moving Your Music Toward a Record Label Deal 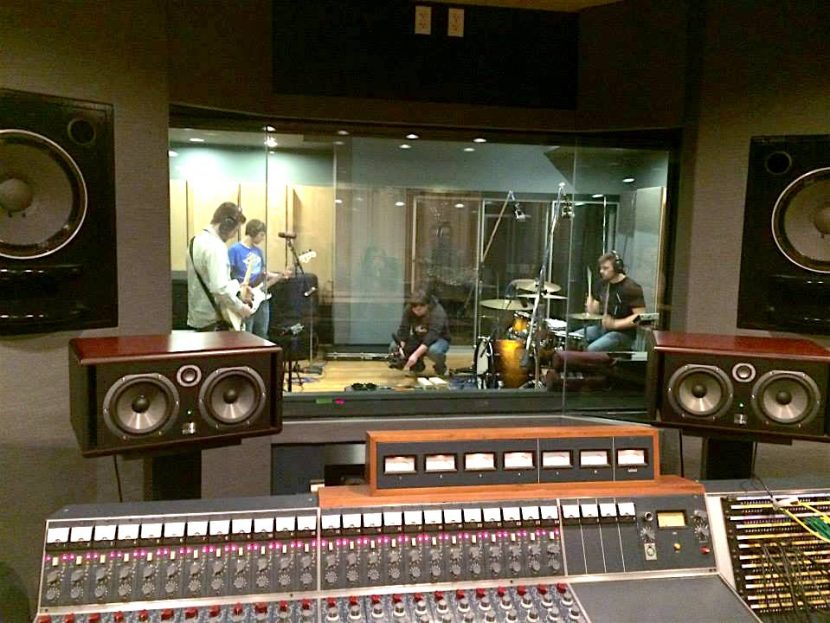 Rising musicians or bands: do you dream of bringing your music to the attention of a major record label? With today’s technology, anyone can record and distribute a record with relative ease and at little expense. Platforms such as Tunecore, Facebook, Twitter, iTunes and Youtube provide the ability to broadcast and sell music.

But what if you want to get the attention of indie and major labels?

Getting the attention of a record label

Labels are combing the Internet to find bands and artists that stand out. It’s not just a slick video or great recording that’s going to make them stop and listen.

The first thing you’ve got to do, of course, is make good music. Your talent is a gift. But it’s what you do with it that will be rewarded.

You also need to work every day at things that move you and your music forward:

• Engage and build your fan base

• Work on your live shows

• Create and work on your online and offline profile

• Work on your look

• Work on keeping your health in good shape

• Learn to communicate professionally – be confident yet humble

Find someone of influence to represent you

Most labels of any consequence won’t even look at a band that doesn’t have a manager. It goes back to the requirement of having something going on – a foundation built to some degree. If you don’t have a manager you likely don’t have enough of the other pieces in place…and the labels know that.

No bands with all the other pieces described are doing it without someone managing them to some degree. A manager with at least some knowledge of the business should be your goal before you worry about getting a record label deal.

You have to be willing to create great content. That of course is music, but it is also video, pictures, and stories. Stories about you, but not just about you, maybe about another band, an event, or a fan. Stories that attract fans and keeps them engaged. So when you have something to drop you have people there waiting for it.

But leave a little to the imagination. Don’t over share. Leave something for your fans to find out about you. Let that discovery be part of the story. That kind of mystery creates buzz, and buzz attracts the industry insiders, the labels.

“One other thing that really stands out [with bands that attract industry attention] – they are really mysterious – maybe they put just one track online, with no names of producers or insiders. This makes people dig a little further. Check to see if they have more music to make sure they’re not just a one-off,” says Elyse Chamberlain, talent scout for Atlantic Records and a graduate of Monmouth University’s Music Industry Program.

But is a record label deal even necessary anymore? According to a growing number of industry folks, you don’t need a traditional record deal. Artists and bands have choices now.

“Ten years ago, if you were a new artist or a new band, really, the first step on the ladder was to get a record deal,” says Sam Winwood, senior vice president of Creative at Kolbalt, in “The Disrupters,” a recent Economist video series. “Now, that’s just an option that you don’t have to take.”  Winwood adds, “You don’t need to give away your rights to earn your money. In fact, you’ll earn more money if you don’t give away your rights.”  Kolbalt, based in the UK, is a new kind of music company that provides label-like services but lets artists keep their publishing and masters.

Kolbalt aggregates streaming usage and collects royalties on behalf of artists – they essentially sign artists into administration deals. Artists can also pay for marketing and promotional services from Kolbalt.  But for models like Kolbalt’s to work, you need an engaged fan base or you better be a very established artist.

Jacob Whitesides, an 18-year-old singer/songwriter/multi-instrumentalist from Knoxville, TN built his fanbase organically through social media. He started by posting videos on YouTube when he was 13. His Twitter following is now bigger than that of Bruce Springsteen and Madonna combined. “The fans are more powerful than any label,” says Whitesides in “The Disrupters.” The labels recognize the power of the fans. And because of the fan base that he’s been able to build, Whitesides was able to sell out two recent tours and make the deal he wanted with a major record label, one where he keeps creative control and ownership of his music.

Labels invest in you

But don’t go running away from labels so fast. Record labels still provide a very valuable service and have a proven track record. They have become more service oriented than in the past. They recognize the environment has shifted, and that they need to be more adaptable.

“We invest millions trying to find the next superstar,” says Nick Raphael, president of Capitol Records in the UK, in “The Disrupters.” The labels have the infrastructure and recourse to handle all of the necessary activities to develop and “break” a band, artist or song. “We make all the investment, in terms of skill set and money…. and we take the risk,” adds Raphael. Recently Capitol UK was responsible for breaking Sam Smith and Five Seconds of Summer to worldwide success. That doesn’t come without a well-resourced team…with the right connections and relationships.

“Don’t look to get signed,” says Eric Castellazzo, artist manager and digital operations manager at Universal Music Group. “Try to make your band a fully-functioning entity. If you can cover your expenses – your publicity, recording, radio promotion – you’ve got yourself a sustained business.”  And that’s what it takes right now to get the attention of the labels.

But that’s not an easy task these days, nor has it ever been. It takes a lot of work, a lot of time, and a lot of effort.

Labels can’t take chances anymore just because they like the music, but they will if they see something else.  Labels want to see that you’re a sound investment – to back up their emotional response to the music.

Craig Almquist, frontman and songwriter for the Philadelphia indie rock band Cold Fronts, was thrilled when Seymour Stein, co-founder and chairman of Sire Records and vice president of Warner Bros./Records, walked into one of their shows at SXSW. Stein took the band’s CD and let them continue to work. A year later they got their deal at Sire Records. And even then, there was plenty of work ahead of them. After making their album it took them a while before the label felt they were ready for it to be released.

“We got stars in our eyes. We were going to be huge,” says Almquist, “but we had a lot to learn, and we didn’t realize how long it takes.” Almquist actually doesn’t recommend a young band sign with a record label until they get some experience on their own.

But he recognizes all that the label can provide: “The record label is able to get airplay, tour support, and there’s a cache that comes along with being signed to a label like Sire and having guys like Seymour behind you. The label has to go to bat [for you] all the time.”

Still think you want sign with a record label? Then work hard, be persistent, professional, creative and entertaining. Build your base, perfect your craft, your writing, your live shows. Enlist the assistance of a manager – someone with some connections. Get yourself to a point where you don’t need a label, but where you are attractive to a label, and where a partnership with a label, whether an independent, major or otherwise will be the natural next step in your plan to help take your band, your act, your art to the next level.

Joe Rapolla is the chair of the Music Industry Program at Monmouth University. He built and led integrated marketing departments at Universal and Warner Music Group and ran marketing for the video game division of Def Jam Enterprises. He is also an active performing songwriter and producer.