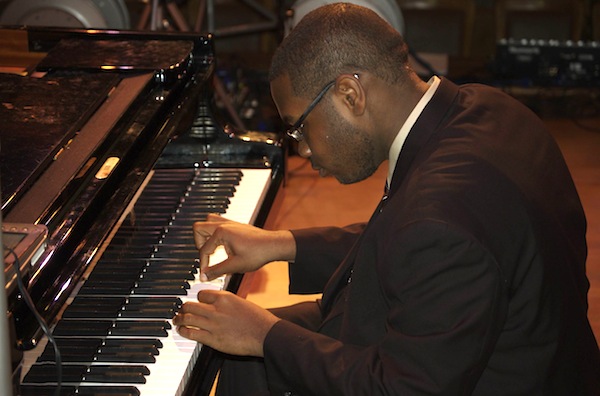 Classical music performance majors have inherited an enormous challenge: how to revitalize classical music to protect its legacy and insure its longevity. Staring them in the face: audience decline, symphony bankruptcies, and questions about the relevance of the music and the way in which it is presented.  Solutions to these and other dilemmas demand new approaches to presenting classical music that every current and future classical musician must address.

Author and music journalist Nick Romeo decided to follow some of the country’s top young classical musicians along their musical journeys. In an effort to see how they have been faring in this age of classical music upheaval, he selected six of the 2,000 gifted young classical musicians who have appeared on NPR’s weekly radio show, “From the Top”. His book,
Driven: Six Incredible Musical Journeys, explores their paths both before and after their appearances on the show. He focuses on their unique approaches to re-imagining classical music to keep it vibrant and appealing to a mix of generations.

Each of the individuals highlighted in Driven has a vastly different story:

Romeo, a pianist himself, writes with the relaxed candor characteristic of his generation (he’s 27). He weaves creative takes on audience etiquette and performer/audience engagement with human interest stories of auditioning highs and lows, prodigy child/parent struggles, and the mixed experience of sudden acclaim. He also describes collaborative ventures and genre bending in which some of the six musicians are involved.

Romeo’s perspective offers valuable insights for high school and college musicians who envision a career in classical music. His persevering inquisitiveness reveals useful input for the rewriting of the classical music roadmap.

Broadening the Scope
of Music Careers

Nick Romeo (“Driven: Six Incredible Musical Journeys”) discusses two of the younger generation of “crossover artists” and why they continue to attract large and enthusiastic audiences.

A younger generation of classical musicians are redefining who they are and what they do. Author Nick Romeo explores this phenomenon in conjunction with his book “Driven: Six Incredible Musical Journeys,” about the paths taken by six “From the Top” alums.