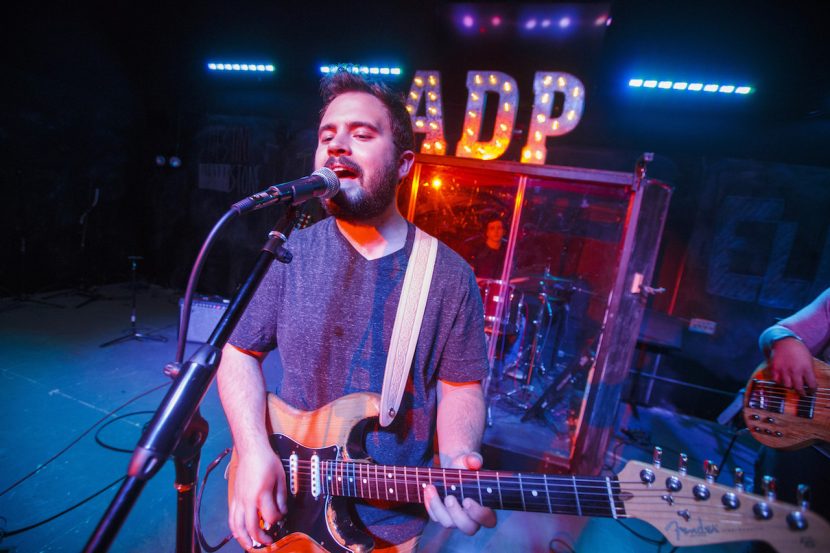 Stage fright, also known as performance anxiety, is one of the most common and perplexing problems we musicians face. It strikes at all stages of our development. In fact, one study found that 70% of professional orchestra musicians suffer from such intense anxiety that it gets in the way of their playing. You’re in great company if you become nervous when you perform.

Sadly, many musicians never find the way beyond their stage fright. There are a couple of reasons. First, they don’t understand the true nature of the problem. Second, they often don’t realize that part of the solution to their performance anxiety is found in accepting rather than trying to fight it.

Stage fright is more of a natural phenomenon than many performers realize. But it can keep you from achieving your full potential as a performer.

Some of the ways it can get in your way:

• Causes debilitating physical symptoms.
• Disrupts your concentration leading to mistakes.
• Impairs your motivation.
• Leads to procrastination that results in a lack of preparation.
• Takes the enjoyment out of performing.

In addition, stage fright can keep you from experiencing a sense of flow when you perform. This is the mental state where you’re completely immersed in an activity. Flow is the gateway to peak performance in many endeavors including music performance.

Three factors are always at play when stage fright strikes.

• You perform for an audience.
• The audience judges you (or you at least feel it is doing so).

• A negative judgment would constitute a threat.

Sometimes, the threat behind a bout of stage fright is obvious. Let’s say you’re auditioning for acceptance at a prestigious conservatory or other school you have your heart set on attending. You may only get one chance at such an opportunity, and you feel like the stakes are high regarding your future. Both the judgment and the threat associated with it are real. It is understandable that you’re nervous.

At other times, the threat posed by a performance is less understandable. I like to tell the story of one of the talented students I taught as part of the popular music program I direct at Catawba College. Sam obsessed about his fear of his voice cracking when he performed. While he knew it was unlikely to happen, and the audience wouldn’t care much if it did, he still worried.

A lot of musicians let stage fright tie them up in knots in a similar sort of way. They worry about something that may seem inconsequential to others and then beat up on themselves for worrying.

Sam’s anxiety over his voice cracking turned out to be a surface manifestation of what I call the fear of a “deep danger.” This is a legitimate fear about something that could have significant consequences.

You can use what is known as the downward arrow technique to uncover the “deep danger” at the heart of your stage fright. You do so by asking a series of “If that happened, then what?” questions. Each consequence forms the next question until you reach the real underlying fear. When I led Sam through the downward arrow, it went something like this:

Sam: I’ll lose something that’s very important to me.

That was the source of Sam’s stage fright. He wasn’t so much worried about his voice cracking as he was about losing something precious to him.

Lurking beneath almost every bout of stage fright is a legitimate “deep danger” you can often uncover with the downward arrow process. Sometimes, it is helpful to seek professional help with this especially if it brings up a great deal of anxiety, physical symptoms, or other issues.

When a person experiences a perceived danger or threat, the brain immediately prepares the body to fight, flee, or freeze in response through the workings of the autonomic nervous system. This happens whether the danger is a vicious dog that lunges out at you from behind some bushes or something less physical.

The response can be lifesaving if the threat is an attacking dog but downright counterproductive if you are onstage performing music in front of an audience. It is essential to keep in mind that the fight, flee, or freeze response is automatic. You have little conscious control over it. This brings us back to the idea that stage fright is a natural phenomenon.

If your stage fright is grounded in a legitimate deep danger and that threat automatically triggers the fight, flight, or freeze response, how can you possibly fight it?

For the most part, you can’t. If your performance represents a threat to you, the autonomic nervous system will step in and try to protect you and elicit the symptoms of stage fright.

The situation is made all the more problematic because we have so little control over our thinking. Try sitting quietly for a minute with a clear, quiet mind. You’ll find all sorts of thoughts popping into your head.

If you can’t successfully fight stage fright, what can you do?

You can learn to accept it. As crazy as that may sound, it’s the effective way beyond the anxiety you experience as a performer. Rather than trying to fight it, you can learn to accept it. The type of acceptance I’m talking about involves mindfulness. This concept has become extremely popular in the past decade as a proven approach in helping with a range of problems.

Mindfulness means noticing your feelings and not resisting any thoughts or sensations you experience. When thoughts appear, rather than going down the path of judging those thoughts, you breathe and gently return your concentration to performing. You may find that you have to do this over and over again if you are especially nervous.

One of the best aspects of mindfulness is that you should start to see results from your efforts almost immediately. Your anxiety won’t magically disappear, but its hold on you will ease up. Some people are surprised by the simplicity of the idea of using mindfulness for countering stage fright. It’s typically because they’re looking for a cure that’ll make them immune to stage fright forever.

Mindfulness is a skill

Mindfulness is a skill. And like any skill, it takes practice and experience for it to become beneficial to your performance. As you find the intensity of stage fright lessening, you’ll find yourself more fully in the moment as you perform. This leads to peak performance unencumbered by nervousness to allow you to achieve your full potential as a musician.

Saxophonist Dr. David Fish directs Catawba College’s Popular Music degree concentration. He serves on the board of the Association for Popular Music Education which he helped found. Fish has authored a number of music-oriented publications including the book Goodbye Butterflies: The 5-Day State Fright Solution.