What If You’re Not a Musical Prodigy? 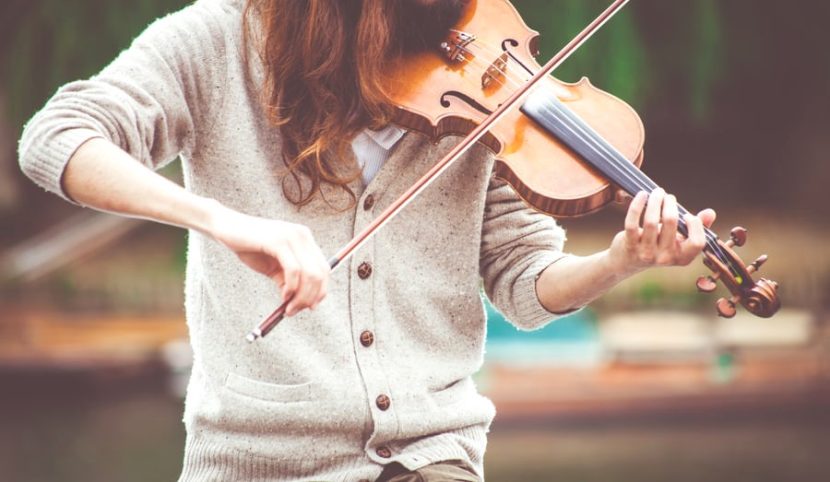 Some students (and parents) assume that if you’re not a musical prodigy, you should major in something other than music. Nothing can be farther from the truth! In fact, there are actually benefits to not being a prodigy, so long as you’re someone who feels compelled to pursue music.

MajoringInMusic.com explored this subject with three musicians, each of whom is working in a distinctly different field of music. Their insights are invaluable for students, parents, music teachers, college guidance counselors, and current music majors as well.

Michael Millar, director of the Center for Community Engagement at California State Polytechnic University, Pomona, is quick to describe himself as a “non prodigy.” He credits majoring in music with teaching him to be an achiever (he’s got a BM and an MA in Music Performance, and a DMA in Performance and Arts Administration). “In music school, we’re learning how to learn and how to adapt in the world,” he says. It’s an exceptional major.”

Millar started out in engineering at the University of Colorado Boulder. But it wasn’t his calling. He switched to CU’s College of Music when music proved to be the only major that brought together his passion and interests. He credits his undergraduate program, and not being surrounded by prodigies, with providing him the space “to grow and improve…to compete with myself…to become better tomorrow than today.”

Millar refers to music as a “tough business.” As a result, “Music students need to be relentless…it’s more important than anything else.” As a non-prodigy, he felt he had to work harder than if he had been labeled a prodigy. “If you don’t have huge success early on, you understand and learn how to get better. You have hills to climb and you learn to love taking one step at a time and the relentlessness of it all.” He likes to quote legendary tennis player, Arthur Ashe, who said, “Start where you are. Use what you have. Do what you can.”

Kimberly Fisher, principal second violin, The Philadelphia Orchestra and artistic director, The Philadelphia International Music Festival (PIMF), describes musical prodigies as a rare breed. As such, being classified a “prodigy” is hardly a qualification for going into music. Instead, she reiterates what others have said: “It’s a career for those who can’t imagine doing something else.”

Like Millar, Fisher knows that music takes an extraordinary amount of work and dedication. “You can’t succeed if it’s half-hearted, especially on the classical scene,” she says. “It’s a career of dedication, without a known outcome or end result. It’s for those who feel they must do music.”

Fisher describes herself as a non-prodigy. Her father, a classical violinist and teacher in Edmonton, Canada, was her first violin instructor, and she took sporadic lessons from him until becoming a teenager. It was then that she decided that she, too, wanted to be a musician. She believes she had to work harder to become proficient on her instrument, which taught her how to work hard.

Fisher believes that most non-prodigies are likely to teach at some point in their careers, and pass on to their students valuable insights about music. She cites her own experience of having to learn how to consciously practice well, which continues to serve her as a performer and as a teacher (with private students and at Temple University’s Boyer College of Music & Dance). She also feels she and other non-prodigies gain a deeper understanding of their instrument, which also informs her teaching .

Kedrik Merwin, Director of Music, Interlochen Center for the Arts, sees the biggest benefit of an education in the arts as the creativity training one receives. Being a prodigy is in no way a criteria. “Learning to think creatively, to express yourself artistically, and transfer ideas between disciplines is what music education should be all about,” he says. “This training in exploring your world creatively will pay dividends, whether your career path is ultimately in the arts or not. It is important even for students with well-developed technical skills to learn to creatively interpret and express the world around them. There are seldom, if ever, interpretive prodigies!”

Merwin urges students to look at the broad scope of music careers and not limit their thinking to the few highly competitive chairs open in orchestras. While he comes from an orchestra background himself (his DMA, MM and BM are all in trombone performance), he’s also been successful as a studio musician, teacher, and arts administrator. “There is room for well-trained musicians as sound designers for video games, in technical or production positions in a studio, in self-developed chamber groups who promote music in our schools, and in so many other areas. My advice would to be come as proficient in one musical area as possible, concentrate on developing your ears, and be open to other possibilities in the larger musical world.”

“Getting ahead in a difficult profession requires avid faith in yourself. That is why some people with mediocre talent, but with great inner drive, go so much further than people with vastly superior talent.”

According to Michael Millar, prodigies and non-prodigies alike must do the following to be successful:

What Non-Prodigies Can Do to Enhance Their Skills

1. Listen to recordings, watch live performances. Use YouTube and Spotify to expose yourself to as much music as time allows.

3. Sit in on master classes.

4. If you are planning to major in music, prepare your audition repertoire early, well in advance of your actual auditions. Perform your repertoire as often as possible in increasingly more difficult and challenging venues. The feedback and confidence you gain will be invaluable.